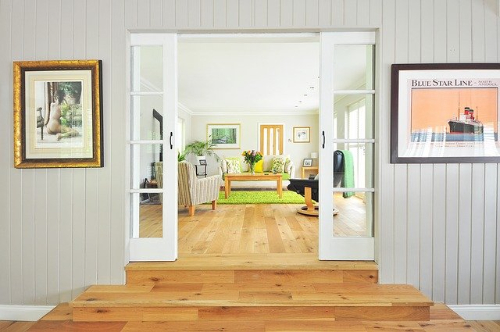 If you ever go to my new house, the first thing you might notice was that I did not have a TV on-site. The closest thing to it was my computer monitor in the office, but that was it. I was not hiding it in my bedroom; it was not in the kitchen, bathroom, or any part of the house.

People would realize that their initial response was, “Oh, that’s very unfortunate. Don’t worry; next time we come here, I will surely bring one as a gift.” Even my parents, who were TV lovers, were baffled by it. If I did not learn about it immediately, they would have ordered a 60-inch flat-screen online when they visited me.

The thing was, I did not get a TV because I did not want one. It was not because I could not afford it, considering my counseling profession was paying me more than enough. It was also not because I forgot to get one as I hurried to fill the new house with the essentials. The sole reason was that I did not care for it.

Airing Out My Issues With TVs

Before anything else, I should say that I did not always have an aversion towards televisions. As I said, my parents loved TV, so my childhood days passed by with me sitting in front of it and watching all kinds of shows with them. While those were fond memories, it also meant the I had is a sedentary lifestyle. I enjoyed the TV shows and eating the snacks that my mother would always bring, so I did not feel the need to go out and play with my friends. As a result, I grew wider than taller, and I had been called fat by other kids. 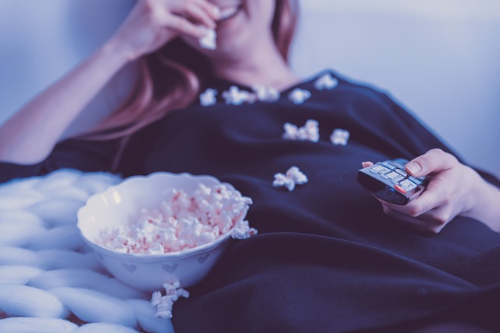 When I was in college, I almost did not continue studying psychology because all I wanted to do after my boyfriend broke up was binge-watching TV shows. It served as my coping mechanism for weeks, but it was an unhealthy one, given that it made me too lazy to go to my classes. I only realized it once my friends from the same department visited me at my apartment and gave me a little intervention. Hence, I swore off TVs since then.

Then, just a few months ago, my best friend from high school caught up with me on the phone. We were talking about our lives and careers when the topic somehow diverted to COVID-19 vaccination.

My friend said she had been encouraging her parents to get vaccinated and protect themselves from the virus. But, unfortunately, since they heard that some people had an extremely adverse reaction to the drug, they did not want to do it. So instead, they insisted on taking their chance on avoiding people who might view virus carriers instead of getting vaccinated.

The latter was not something I could meddle with, especially if the people involved were not asking for my professional help. Still, it was technically another problem created by media outlets. And if they did not turn on their TVs regularly, my friend’s parents might not think like that. 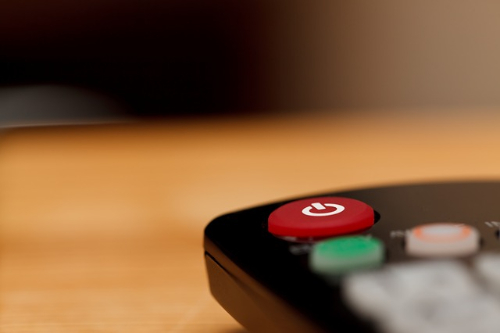 Because of that, I always encourage people to avoid watching TV as much as possible.

What Happens If You Don’t Watch TV Too Much

Talk To Loved Ones More

I remembered watching TV can make people cross towards others, especially when their favorite show was on. For instance, if my mom or dad watched TV, no one was supposed to talk to them. If you try, they will cut you off with a loud “Shh!”

When they tried not watching TV at my new home, I was pleasantly surprised by how much we got to talk. I pointed it out to them, and they had the same reaction as I did. Although I could not make them throw away their TV, they said they no longer minded not having one at my house.

Hold On To Your Beliefs

Before I got slightly addicted to the TV during my college days, I believed that healing came from being more active and interacting with your loved ones more. As for my friend’s parents, her dad used to be a doctor, so they should have known better. However, since he retired years ago and gained medical information through news reports, it sounded like he did not trust science as much as he used to.

Now, things could have been different if there was no TV in the equation. For example, after my breakup, I would have gone out with my friends and cried it all out in one go instead of bottling up my feelings. And without TV, my friend’s parents would have been vaccinated by now.

TV programs are notorious for pushing a standard of beauty for both men and women. It may happen a lot less now since they are all supposed to be “inclusive,” but we know that idealism still exists.

By not watching too much TV, you get to be who you are and stay contented with yourself. Then, you won’t always say, “How I wish I have a banging body like the Kardashians or as rich as the Kardashians.”

TV can be likened to an easily abused substance. It will pull you in and make you feel high; when you stop watching it, you feel down, so you go back for more.

If you can stop watching TV too much, that’s great. But if you want to do it gradually, go for it.

Although COVID-19 has been devastating for everyone, but are you aware that its adverse effects have impacted teenagers more than adults? A lot of people think that it’s because they miss their high school friends or that they won’t be able to attend their proms anymore, or that they won’t be able to celebrate their graduation. However, it’s more than this. Experts revealed that there is a science behind this. 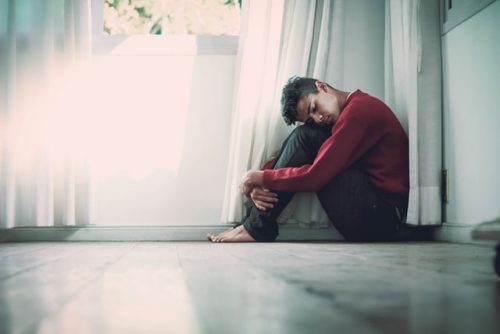 “Teenagers and college students have amplified innate, developmental motivations that make them hard to isolate at home. The hormonal changes that come with puberty conspire with adolescent social dynamics to make them highly attuned to social status and peer group,” shares Christine L. Carter, Ph.D., a sociologist and author of Raising Happiness, The Sweet Spot, and The New Adolescence.

If you are a parent wondering how you can handle your teenager with anxiety, do not worry too much. Listed below are some of the most effective coping strategies for teenagers with anxiety amid COVID-19.

Anxiety is normal, whether in a global pandemic or not. However, not all adolescents, and even adults, know this face. Research shows that teenagers fear the presence of anxiety, and they think so lowly of themselves. What you can do as a parent is to send a message to your children that healthy stress has its purpose.

You must emphasize to them that feeling anxious right now makes sense. Assure your teenagers that they are posing the right reaction to whatever’s happening in the whole world amid the coronavirus. Once they know this, they’ll feel more relaxed and feel more comfortable with expressing their feelings. 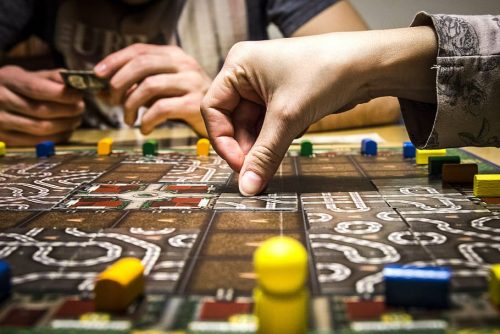 Whenever individuals consult with their psychologists, these experts help them divide their problems into two categories — issues that I can do something about and concerns that there’s nothing I can do. The pandemic falls on the second.

Since we can’t do something about it as of now, then one of the best ways to manage our anxiety is to create distractions for ourselves. As a parent, it’s your job to spearhead activities for your young adult. You may opt to watch movies with them, recommend books they can read for the day, set up family board game nights, and other household tutorial activities.

Understand Their Frustration Over Their Social Lives

Teenagers value friendship so much. Bonding with their peers is something they treasure in their daily lives. Therefore, if your child keeps on sulking about not seeing their friends or being stuck with their annoying siblings, don’t get frustrated. Instead, talk to them directly and calmly.

Recommend Ways On How They Can Connect With Friends 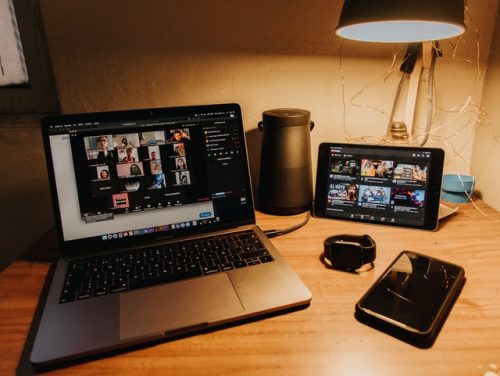 For one, a lot of teenagers nowadays join several Tik-Tok challenges promoting safety in this pandemic. An example of this is the #safehands challenge, where users take videos of themselves doing proper handwashing in the most creative ways. Connecting with their friends through these causes will keep them preoccupied, thus, lowering their anxiety.

There is a high chance that teens will live an unhealthy lifestyle during this stressful time. Losing their healthy habits will only increase one’s anxiety levels. As a parent, it is your role to promote and sustain your child’s health practice. Make sure to establish new routines that will revolve around eating correctly, sleeping adequately, exercising regularly, and engaging in social activities.

Raising teenagers in this crisis might be challenging. However, if you apply the tips above, rest assured that your teen’s anxiety will slowly disappear. Just keep your efforts consistent, and everything will follow.

Finding out that you have an anxiety disorder can’t possibly be easy to accept for anyone. You don’t know how to open up about it to friends and family. You have no idea how you’ll deal with the symptoms once they flare up when you are in the middle of an important discussion. It is a mental condition that may never go away. After all, it isn’t like a cough or fever that your body can overcome once you take antibiotics. 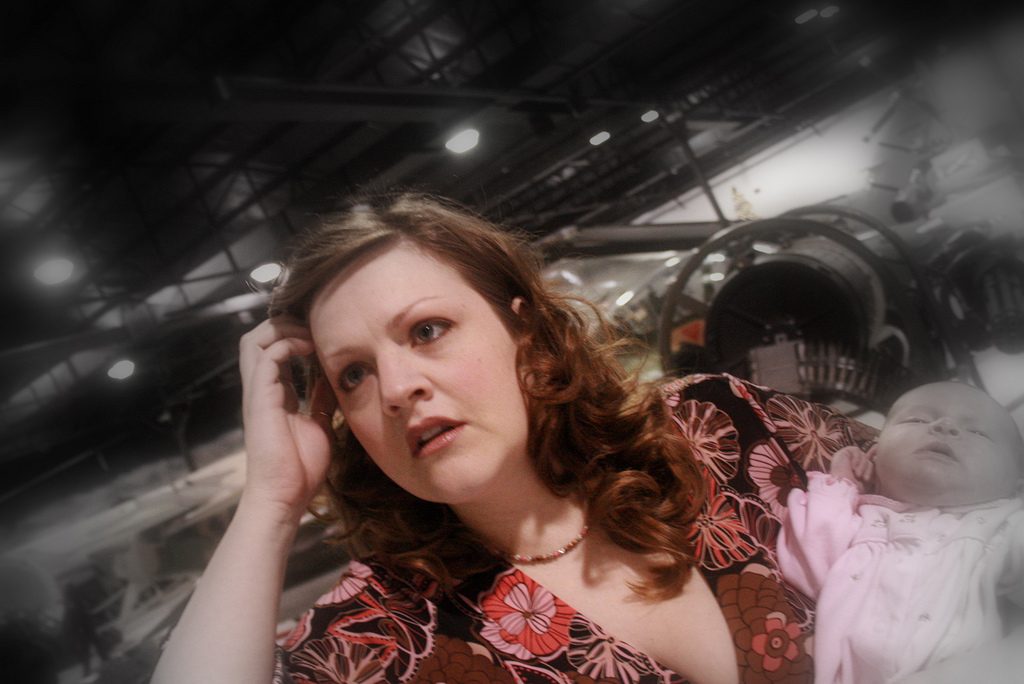