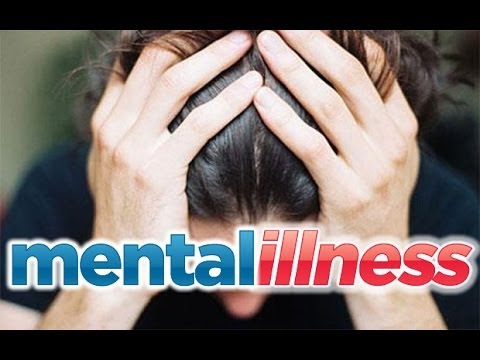 One reason why people don’t have a definite response to mental illness is that of misinformation. Stigmatization coupled with social discrimination is still very prevalent in the present times, and it’s considered as a significant obstacle to achieving proper treatment and getting recovered. This article will unravel the many misconceptions about mental illness and will counteract scientific and evidence-based information.

Fallacy No.1: Mental illness is not treatable.

Some mental illness can last for more extended periods making it a chronic condition. However, this does not mean that the disorder is not treatable. Statistics revealed that at least a quarter of people suffering from mental disorders recover entirely with the right therapy and adherence to medications, while half of the population have seen improvements in their symptoms and continue to live productive lives. It is all about “Putting things in perspective and treating yourself with love and compassion can be such a gift.” Karla Helbert, LPC, E-RYT, C-IAYT said.

Fallacy No. 2: Persons with mental illness are harmful and a threat to one’s safety.

Films and books have stereotyped people with mental illness to be dangerous and committing criminal acts. Not all are violent. In fact, when they receive adequate psychiatric help, they can function and live an ordinary life just like the rest of us. Only those who are not following doctor’s orders and not are left alone can be considered alarming.

Fallacy No. 3: Persons with mental illness are not capable of getting a job.

The only thing that prevents them from having one is when nobody will hire them. And this is because of the misconception that individuals with mental illness are incapable of working. Once again, those who are in treatment can get employed, and this should not be denied by the individual.

Fallacy 4: Persons with mental illness should stay in a mental institution.

Gone are the days that persons with mental illness are incarcerated in mental institutions. Treatment is now focused on community settings are also known as deinstitutionalization. In this manner, persons with mental illness are returned and allowed to receive treatments while in the community. Only those that have threats to others and oneself will be admitted to a mental health facility for close monitoring.

Fallacy No. 5: Persons with mental illness have low IQ.

That will depend on the mental illness. Persons with intellectual disabilities have variations of IQ levels, and management is focused on helping them in their needs. Some individuals with mental disorders are geniuses in their field like John Nash who is Math wizard and holds a Nobel Prize, yet he is diagnosed with paranoid schizophrenia. Kristine Tye, MA, LMFT once stated that “A person who tends to be anxious may also naturally be highly intelligent. Anxious people can be incredibly good researchers, critical thinkers, and analyzers.” So that explains it.

Fallacy No. 6: People with mental illness have multiples personalities.

“Personality disorders disrupt your thoughts, feelings, and behaviors, causing abnormal personality traits.”  Mindia Gabichvadze, PsyD said. If the diagnosis is Dissociative Identity Disorder, then the person will have multiple personalities. Other mental disorders do not have these splitting characteristics. Changes to behaviors and emotions are the result of alterations in brain chemicals or other factors linking to psychological illness.

Fallacy No. 7: If you have a family member who has a mental illness, you will also develop one in the future.

It is true that heredity plays a significant role in the development of mental illness. Nonetheless, studies show that there is only a 10% probability of getting one. Other contributing factors enables psychological illness.